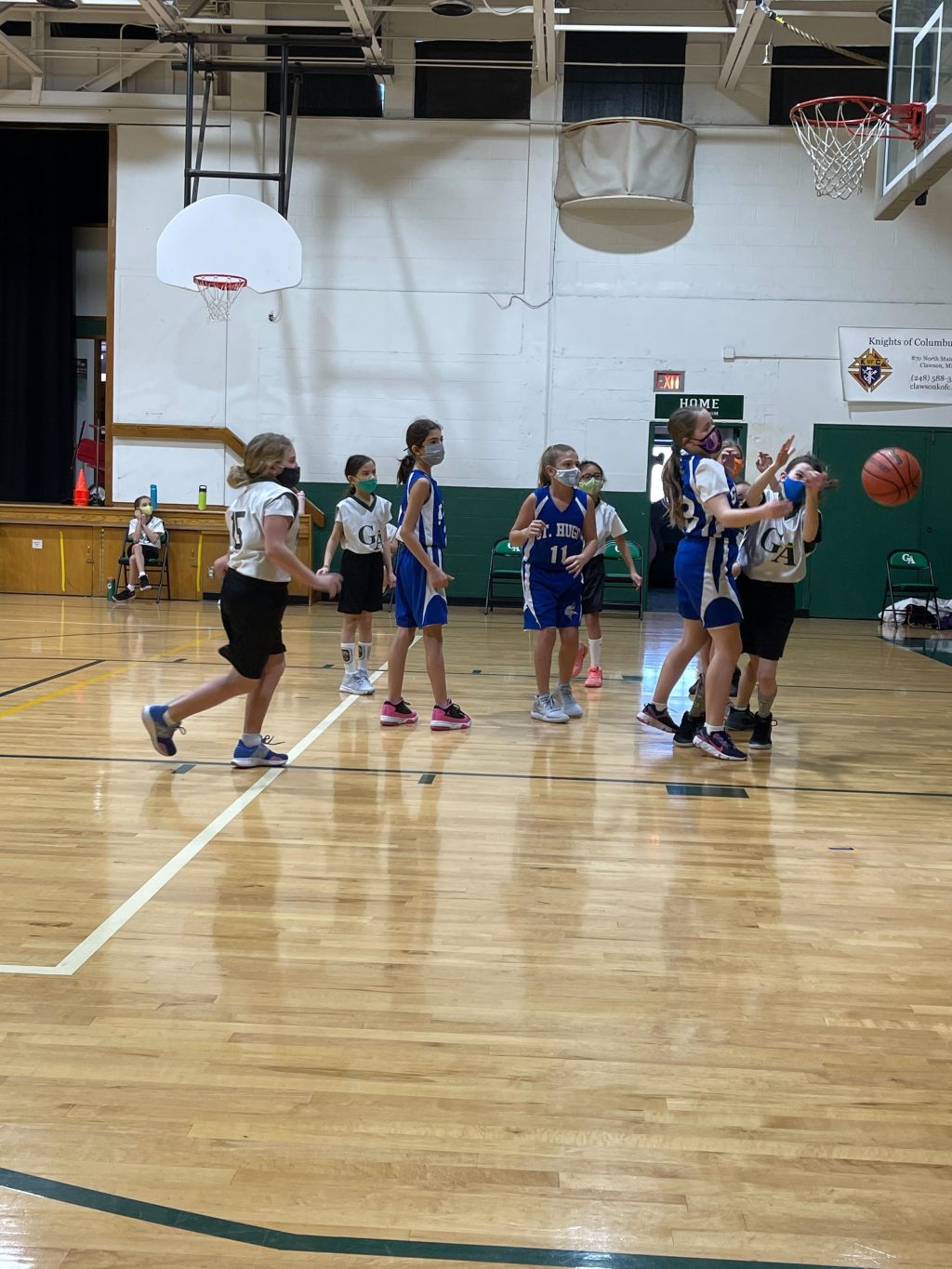 Today, my daughter played her first competitive basketball game against another team. I arrived at the game (masked) and the only member of my family that was able to attend, since the athletics department at her school is only allowing one spectator per player.

We arrived, and she ran to her team to begin warm-up routines. I sat down, and I whispered to a few of the parents sitting close (but not too close) to me, that I was incredibly nervous. I don’t know much about basketball, so when the game began, and fellow parents yelled “defense!” and “arms up!” I took comfort in clapping each time they scored a basket.

My husband, a natural athlete, played competitive sports since he was young. Sure, now I’m a runner, but I never played sports as a child. I ran cross country in middle school and always ended up in last place. Beyond that, the idea of being a member of a team and letting others down has always terrified me. My husband assures me (and has passed this wisdom on to our daughter) that playing sports for a child extends beyond exercise. Leadership skills, teamwork and confidence are a few of the positives, just to name a few.

It made me think back to my freshman year of high school. I just transferred from public school to an all-girls private high school. My dad found out that there were soccer tryouts, and encouraged me to go out for the team by purchasing cleats, new clothes, knee guards, and some other equipment that seemed foreign to me. What he thought happened: I showed up, gave it my best, but still didn’t make the team. What actually happened: I tossed the bag in the garbage and spent the time I was supposed to be in tryouts reading in the school library.

Thinking back, I wonder what would have happened if I went to tryouts. Maybe something would have clicked, maybe I would have been really good at it; but maybe not. At the very least, I would have practice in the skills I mentioned above. Skills that I didn’t get through sports, but I’m so grateful my daughter will.

Watching her today, though nerve racking, made me incredibly proud. Sometimes you look at your kids and you see things that you love about yourself that they have inside of them. Then, there are the things that you hate about yourself that you pray they never get. The fact that she put herself out there, someone who had never before this year shown an interest or even watched a basketball game, makes her my hero. At the age of nine, she did something that I was too afraid to do in high school, and quite honestly, would still be afraid to do at the age of 39.

iThere are no comments

Begin typing your search above and press return to search. Press Esc to cancel.