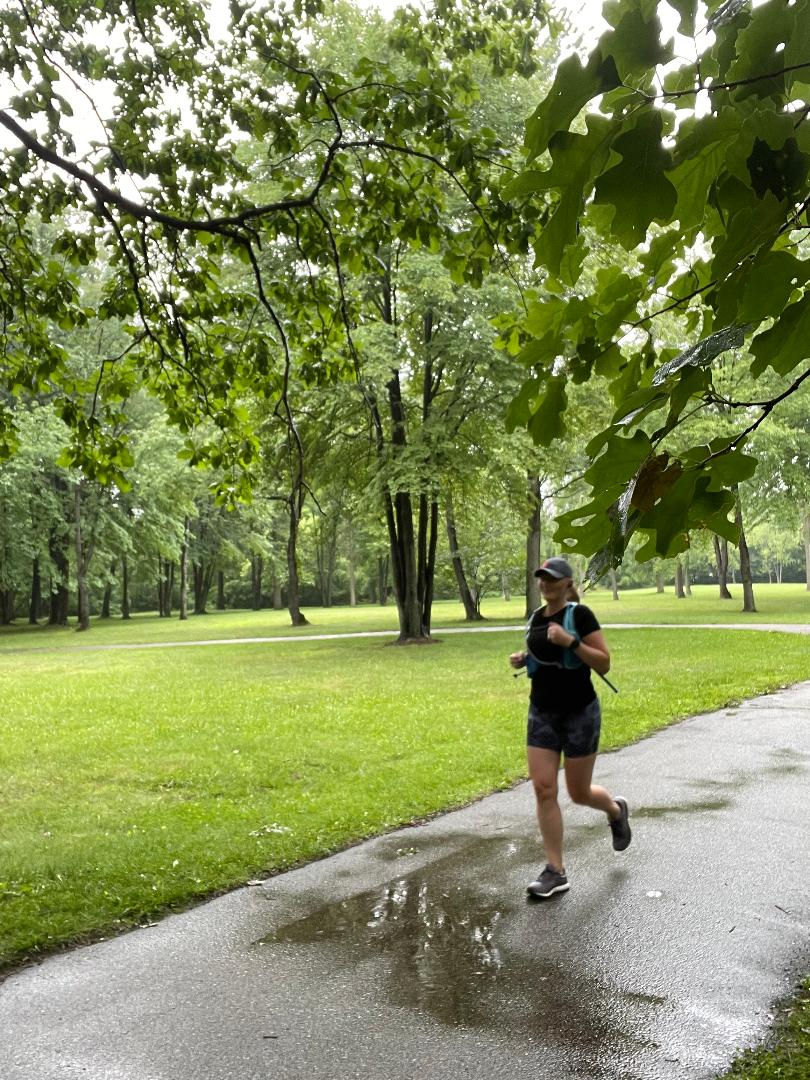 I grew up about 30 minutes north of the city of Chicago. Blame it on John Hughes and Ferris Bueller, but as soon as I was old enough to travel downtown on the Metra, I was in the city. I finally moved to the city when I was 18 and started college at Columbia. Close to the time I was ready to leave the city behind to start a new adventure in Michigan, I woke up late and hungover on a Sunday morning in October and ventured outside to get breakfast. The street was shoulder to shoulder with runners and there were hundreds of spectators behind the barricades with signs and horns. As annoyed as I was because I couldn’t cross the street to get to my favorite greasy spoon restaurant, I was also intrigued. I thought “are these people crazy?”

Almost two decades later, now a runner, running the Chicago Marathon is a bucket list accomplishment. It’s something that I would have never dreamed I’d be doing when I think back to that morning I saw all of the “crazy” runners on the streets of Chicago. Some of my favorite memories reside in the streets of the city. I’m looking forward to making one more this fall.

So…how am I preparing? I’m using the Hal Higdon method (and app!) to help guide my weekly speed, distance, and to track my levels of fatigue, which seem to be all of the time. Now in week 7, so far so good. When I ran the full marathon in Detroit in 2018, I used the Hanson’s Beginners Marathon Plan and it was enough to get me to the finish, but I developed an injury in my right knee.

Due to the ongoing pain when I pick up the mileage, I’ve started a new method to help me prepare, which is a weekly lymphatic drainage massage. My amazing massage therapist told me during my first session that the left side of my body is jacked up and full of fluid. I’m about five sessions in and I haven’t had any knee pain or returning plantar fasciitis pain, which I also sustained in 2018. She said that the fluid in my right knee has subsided and things are looking good. Not only does it help release fluid throughout my body, but it aids digestion and I’ve had more energy. I’ll do a follow-up post on the benefits as I receive more treatments and the race draws near (promise!)

I’m hopeful that as training continues, my body continues to cooperate and will be able to be strong enough to get me where I need to be to complete the 26 miles in October and become one of those crazy runners I saw in the streets in 2004.

iThere are no comments

Begin typing your search above and press return to search. Press Esc to cancel.